It's been a week since the start of the tournament which means I've had the chance to listen to the range of Euro 2012 podcasts on offer. I think they are one of the best ways of gaining analysis of the tournament. Here's the selection I've been listening to in my order of preference... 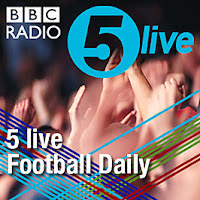 5 Live Football Daily podcast. This is made up of the station's analysis of the matches on the previous day. It comprises of the post match thoughts of the commentator and summariser of each of the day's games at the final whistle and the studio discussion with ex-pros afterwards. It's shorter and thus more manageable than most of the other podcasts at around 20 minutes each. However, the 5 Live Football Daily would really benefit from including the goal commentary since this is the climax of each of the matches covered, but this might not be possible because of rights restrictions.

The Guardian Football Daily podcast. James Richardson, of Football Italia fame, presents the podcast with a number of football journalists including Barry Glendenning, Rafa Honigstein and Sid Lowe. They discuss their thoughts on the day's matches and inject humour at any opportunity. I really like the fact that Richardson interviews journalists from the countries of the teams that have been playing - this gives you a different perspective on the game. Because of it's length at more than 30 minutes you do get more analysis than with the 5 Live podcast but it can drag on a little and the in jokes are tiresome at times. 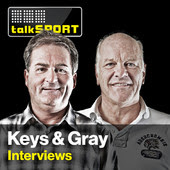 Keys and Gray on Talksport podcast. Whatever you might think of Richard Keys and Andy Gray, they do present an impressive show on Talksport in their interviews with some of the biggest names in sport. They podcast their best interviews of the day separately so you get a few short podcasts everyday. During Euro 2012 this has included insightful interviews with football journalists from the country of the team they are talking about. 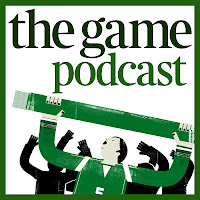 The Game podcast by The Times. Gabriele Marcotti leads the discussion with Times journalists including Rory Smith and Matt Dickinson. The main difference with this podcast is that it is every four days and not daily - which is fine for covering the league season but not tournament football, which has new developments every day. I also don't like the way Marcotti presents it from a studio but talks to the journalists (who are in Ukraine and Poland) on a dodgy mobile phone line. Why not find WiFi and do it on Skype? However these are some of the UK's top sports journalists and do offer an insight into the game that you don't get on TV. I don't doubt that Marcotti is an excellent journalist but he can struggle to sound excited and enthusiastic about the football he's talking about!

Let me know if you've come across any other podcasts that cover Euro 2012.
Posted by Mark Ansell at Saturday, June 16, 2012