Guest lecturer Daniel Meadows took today’s online journalism lecture on the digital age and digital storytelling. Daniel is a lecturer at Cardiff University and runs a digital storytelling website called photobus.co.uk. He led a BBC project called Capture Wales where members of the public were taught how to make their own digital stories.

Similar public engagement with the media is happening around us, for example community radio stations like Radio Cardiff which was officially launched today and the BBC’s Video Nation, where people are trained how to make a video about whatever they want to (here’s my younger brother Pascal’s video).

Daniel is optimistic about the digital age, it promises: interactivity, journalism as a conversation and the democratisation of the media. He believes that through making videos, the public is empowered. Daniel talked of the need for us trainee journalists to expand on the public’s engagement with digital media and believes that soon, part of being a journalist will be to facilitate the public creating their own media programming.

Assuming Daniel is right, I think the real challenge is to work out how we can allow all people to be able to make news items for the news programme. How do we bridge the digital divide and keep everyone up with the pace of the ever developing new media technology? I’m not sure what the answers are but am excited about how I as a journalist could be part of this digital media empowerment movement.
Posted by Mark Ansell at Thursday, October 25, 2007 No comments:

For the Online part of my course my assignment is to 'capture Cardiff' in a 700-800 word online magazine feature. Audio, photos and video will accompany the article itself to make it truly multi-platform in the converging media age that we live in. I have to make a pitch to the course leader Matthew Yeomans and here it is... 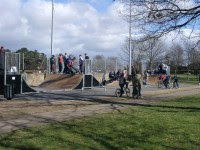 I would like to look at the fierce debate currently taking place between Cardiff Council and a group of local residents.

Cardiff Council has recently announced the biggest ever school investment plan in Welsh history. £115 million will be spent on the project which will involve closing some schools and opening new ones. Everyone's happy you might assume. Not so. Rumney Recreation and Eastern Leisure Action Group (RREEL) has been set up by local residents who are opposing plans to build a new school on the Eastern Leisure Centre site because of the loss in green space.

I plan to investigate this issue - what are the arguments on either side of the debate? How does this issue link to the greater problem for Cardiff schools that there aren't enough pupils to fill the school places?
Posted by Mark Ansell at Tuesday, October 23, 2007 3 comments:

Why Jon Snow is right 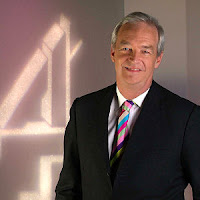 A warm welcome to my new blog.

This morning the broadcast group watched a programme where four of the top British broadcasters were interviewed by Tony Benn. John Humphreys, Jon Snow, Nick Robinson and Jeremy Paxman were featured and a number of interesting issues were raised.

A news presenter's job is to 'hold up a mirror to reality', according to Jon Snow.

He went on to say that the current state of political apathy was caused by 'a firewall of PR in politics' where politicians' actions are led by their PR people. Quite a statement to make.

I think if politicians were brave enough to tell the truth (not the half truth) then engagement with voters, or more to the point non-voters, would improve. Let me give you an example, I think if Gordon Brown had acknowledged that the reason for not calling an election was that the polls weren't sufficiently in his favour, then he may well have come out of what The Sun called the 'brown stuff' smelling more rose-like! You can tell when people aren't talking straight and the interview he did with Andrew Marr was painful to watch because you knew Brown was trying to hide behind the idea that he had a chance to show the country 'his vision for change'.

If this concept of a 'vision for change' was genuine and not PR-led, it's still a poor excuse because an election is surely the ideal place to do so.

So in conclusion, I concur with Jon Snow.