All the talk before the by-election was on dirty tactics between the Conservatives and Lib Dems, light-heartened candidates standing and voters bombarded with campaign literature. But now the results are out, the headline is disaster for Labour, rather than Tory success.

For Labour to come in fifth place, behind the BNP is a catastrophe for Gordon Brown and his party. The double-whammy of being beaten by the BNP and getting such a small proportion of the vote that Labour lost their deposit is an embarrassment.
Disappointment too for the Lib Dems led by their slick candidate Stephen Kearney. You should have seen the campaign HQ on Thame industrial estate - the helpers like bees in a beehive, working 9am till 9pm to the queen bee Kearney for weeks before polling day. At home we must have received about fifteen separate mail-shots from the Lib Dems but they still trailed the Tories by a massive 10,000 votes.
The Greens did well to come in third, a reflection of the party's popularity in Oxford (7 councillors on City Council) and Oxfordshire (5 councillors on County Council).
One cynical but representative voter I met last night quipped, "after all the attention they gave us, you won't see a politician in Thame till next election time". This is how much of the electorate feels after a fan-fair by election in their town. Despite all the political noise, turnout was down 17% - only half of the constituency bothered to vote!
The lasting memory of the election won't be the low turnout, the Tory - Lib Dem side-swiping or even the two Miss Great Britain candidates, it'll be the day that Labour reached a new low - one year on from Gordon Brown starting as PM, Labour are beaten by the BNP in the wealthy, respectable, rural constituency of South Oxfordshire.
BY ELECTION RESULTS:

Email ThisBlogThis!Share to TwitterShare to FacebookShare to Pinterest
Labels: politics

Henley and Thame (not on-Thames) By-Election 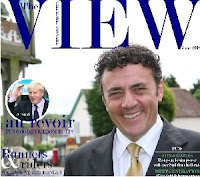 I have entered the real world. Where you get paid for working!

I've just started freelancing at BBC Radio Oxford. I'm working as a day reporter for the breakfast programme. It feels good to be part of a team who really care about the programme and are driven by improving it and increasing listenership.

Since being back in my home-town of Thame, one thing is very noticeably different - the amount of political paraphernalia around. Boris has gone to run the big smoke and it's by-election time.

Not only are there huge signs telling you how to vote on each side of the High Street, but each and every Thame (and rest of the Henley constituency) resident has been flooded with leaflets, political magazines presented as lifestyle mags, and posters. I've heard that some people are so fed up with it that they aren't going to vote! But the propaganda keeps coming. Tomorrow we're doing a part of the programme on this issue. This morning my package on first time voters in Thame went out:

Last Thursday I went round Thame to ask people what they thought about the election and what they want to be improved in the market town (listen out for my Mum!). This went out on the breakfast programme on Friday:

I'll be going to the count at Thame Leisure Centre on Thursday night - apparently the BBC News Channel (aka News 24) are going to be 'all over it'. I'm sure it'll generate a tale or two worthy of a blog.
Posted by Mark Ansell at Monday, June 23, 2008 No comments:

Here are the other pieces I did on placement at BBC Radio Derby:

I went to 'the pictures' at a traditional cinema in Belper...

On my first day I asked people in Derby whether the London 2012 Olympics would benefit them and their city...

Later that week the 10p tax row started and I found people affected by the tax change had no idea they'd be paying more tax...

And finally, what the most annoying or offensive TV ad you've seen in the last year?..

It was a real challenge working in a patch I didn't know very well with people I'd never met, but I got a lot from the experience.
Posted by Mark Ansell at Saturday, June 21, 2008 No comments:

As part of my course I did a two week placement at BBC Radio Oxford and Derby. I've posted on this blog some of the material that I produced, but here's the rest from BBC Radio Oxford:
The Royal Marines were teaching kids at a school in Farringdon how to make a military curry by using a Bounty bar! The Marine chef was inspirational...
CLICK HERE TO LISTEN THEN CLICK PLAY 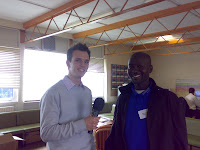 I went back to my old school in Thame to find out about their Gambia Week....
CLICK HERE TO LISTEN THEN CLICK PLAY

I went to the Boat Race to get the fans' perspective from a pub next to the Thames...
CLICK HERE TO LISTEN THEN CLICK PLAY

And I met two unwanted dogs at the Blue Cross in Burford...
CLICK HERE TO LISTEN THEN CLICK PLAY
Posted by Mark Ansell at Wednesday, June 18, 2008 No comments: 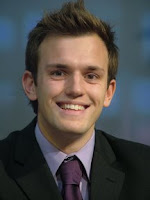 I've now finished the Diploma at Cardiff Uni and am back home in Oxfordshire.

I've put together a demo that I've emailed to a couple of news editors at local radio stations. Perhaps it's more accurately described as an audio CV. It sums up in 4 minutes my career in journalism so far!

I'm just a week away from finishing the Broadcast Journalism course at Cardiff Uni. What an experience! The highs of interviewing the Wales rugby coach on the Millennium Stadium pitch to the lows of being refused an interview that (had been agreed and) I was dependent on; it has been a superb training ground.
The climax of the course was not really the exams, but the portfolio which we had about 10 days to complete.

For my TV piece, I covered the increasing sales of real ale among small and micro breweries. The package is below. The presenter link to the story is:
'Sales of real ale from micro and small breweries are growing as we're developing an appetite for a more sophisticated tipple and are left unsatisfied by mass-produced beer.
This is despite the fact that the pub industry is in trouble - fifty seven pubs across the UK are closing every month.
Mark Ansell reports...'

And for radio, I covered two FA Cup-related stories:
I spoke to Jo Borely and Nick Young, a couple of Cardiff Uni students who were avid Cardiff City fans. Despite having tickets, they wouldn't be able to make it to Wembley on time for kick off because they had an exam on the morning of the final! I did an illustrated 2-way on the story...
CLICK HERE TO LISTEN THEN CLICK PLAY

And I went to Cardiff Bay to soak up the FA Cup Final atmosphere with thousands of Cardiff fans who watched the game on the giant screen...
CLICK HERE TO LISTEN THEN CLICK PLAY
Posted by Mark Ansell at Sunday, June 01, 2008 No comments: