We weren't allowed to go and film with the Lottery winner because of his poor health so relied on the Lottery's press department to supply us with footage. All they gave us was two photos of Ashley and a few interview clips which made it a very 'shot-challenged' story, as it's known in the industry. This meant I had to tell it in a way that didn't keep referring to him winning the lottery. One of our cameraman managed to find Gary's friends at his local pub so he went and filmed with them as well as at the newsagents where Ashley had bought the ticket. Then I used archive footage of: Barnsley FC's stadium, Oakwell, and New York.

There's quite a few daily World Cup podcasts on offer and I've had a good listen. Expect to hear discussion on the Jabulani match ball and the noisy vuvuzelas mentioned in every podcast at least once. Here are a few in order of my preference: 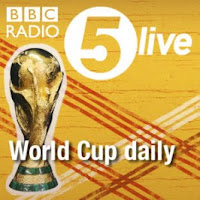 1. Top spot has to go to BBC Radio 5 Live's World Cup Daily. Mark Chapman or Mark Pougatch present the day's highlights from South Africa. The podcast includes clips of the commentary of the goals and the summarisers' post match analysis and interviews with players and managers. It's my favourite of these podcasts because they have the best World Cup commentators, summarisers and interviewees on the radio and it's only 15 minutes long, instead of thirty plus like the rest of them. 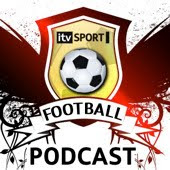 2. The ITV Football Podcast, like 5 Live's, is short and sweet. Former 5 Live presenter Matt Smith and the very able Ned Boulting go through the day's match action and news from the tournament with the ITV Sport commentators and summarisers including Peter Drury, Chris Coleman and Andy Townsend. I like the podcast because they have a good knowledge of football and throw in facts and figures you didn't know. 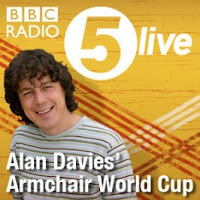 3. Alan Davies' Armchair World Cup unlike all the other podcasts reviewed here, this one's also broadcast on the radio and is weekly, not daily. It's an amusing, quirky take on the events in South Africa in front of a studio audience. Davies' presents it along with guests Ian Stone and DJ Tayo and it's actually very funny, not that I'm normally a fan of Alan Davies. It's broadcast first on BBC Radio 5 Live on Sundays at 11am.

4. Former Channel 4 Football Italia presenter James Richardson presents the Guardian's offering, World Cup Daily with a few friends. Lively, jokey and decent summaries of the day's matches. Richardson interviews newspaper journalists based abroad about the different countries' performances. But at 35 minutes or more, it's only going to be regularly listened to by the most keen World Cup followers. 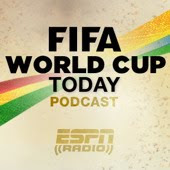 5. ESPN's Fifa World Cup Today is hilarious but for all the wrong reasons. It's an American podcast mainly focused on the fate of the USA team presented by a man named Chuck Wilson! Think Fox News meets the World Cup. It's awful. The ESPN match highlights are so bad you do wonder if it's the first "soccer match" the commentators have ever been to, for example, one commentator pronounced Gerrard (as in Steven) with a hard G! Worth listening to just once for the experience.

So plenty of World cup podcasts to get your teeth into. Have you found any other decent ones? 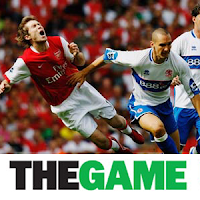 I've since come across ‘The Game’ World Cup podcast from The Times through reading the paper (if you search 'World Cup' in iTunes it doesn't come up - sort your search engine optimisation out The Times!). Gabriele Marcotti presents the podcast on a dodgy line from South Africa. He speaks to The Times sports journalists, including Oliver Kay, Matt Dickinson and Patrick Barclay, over the phone in the UK. Marcotti's strengths are his football knowledge and strong opinions, an Italian/American Alan Green if you will but this podcast suffers from two drawbacks. Firstly, the sound quality is awful which hardly makes it an enjoyable listen and then there’s the fact that it’s made up of phone conversations with journalists in the UK – it simply doesn't give you the atmosphere of the tournament. You can subscribe to it here.

I recently reported on the arrival of lions in Yorkshire. My package was broadcast on the late news which goes out after the ITV News At Ten. Our reporter on the ground filmed the opening shot of the report after her package on the story went out on the 6pm Calendar programme. So I changed the package for the late news bulletin. I was producing the late news that night so it was hard work finishing it in time - you may notice that the shots of the lions roaring right near the end of the package doesn't quite fit with what the interviewee says in his last soundbite.

As a TV journalist you are told to use the most dramatic pictures at the start of any report and I almost always do. But for this package on the car crash reconstruction I decided to use shots of the emergency services arriving to build up the tension before the viewer sees the wreckage of the car crash. It also allowed me to make the most of the dramatic natural sound that everyone associates with the emergency services on blue lights.