I'm back covering South Yorkshire for BBC Look North following the end of the Tour de France and recently reported on a very enjoyable story about the resurrection of a traditional Sheffield business thanks to the internet.

One of the only scissors manufacturers in the UK has been saved from closure thanks to a video on the internet that's spread around the world. Two months ago, Ernest Wright and Son in Sheffield was on the verge of closure after a hundred and twelve years in business due to a lack of orders. But that all changed when a video-maker created a short film of what they do and posted it online...

It was a real pleasure to film behind-the-scenes in a factory that's been making scissors for 112 years! I spent three hours shooting there, gathering interviews and lots of different shots of the scissors being made in the process. The beauty of a story like this is that there are plenty of opportunities to capture interesting pictures. I made sure I filmed lots of close-ups of the craftsman, their scissors and machines. Including close-ups not only make for more engaging packages but also mean that it's easier when editing the report e.g. two wider shots of a craftsman edited one after the other can jar especially if the person has moved, while a close-up can be followed with any type of shot so I always get lots of them.
Posted by Mark Ansell at Saturday, August 30, 2014 No comments:

Do you have a story?

After an incredibly hectic and enjoyable three months reporting on the Tour de France for BBC Radio Sheffield, I have started a new job. I'm working as a journalist at BBC Look North, the most watched news programme in Yorkshire with 2.5 million viewers each week.

I'm going to be staying in the BBC newsroom in Sheffield as part of the Look North team who provide stories from South Yorkshire and North Derbyshire/Nottinghamshire. I want to hear from you about the stories you think we should be covering on Look North so do get in touch: mark.ansell@bbc.co.uk
Posted by Mark Ansell at Friday, August 15, 2014 No comments:

Covering the Tour in France 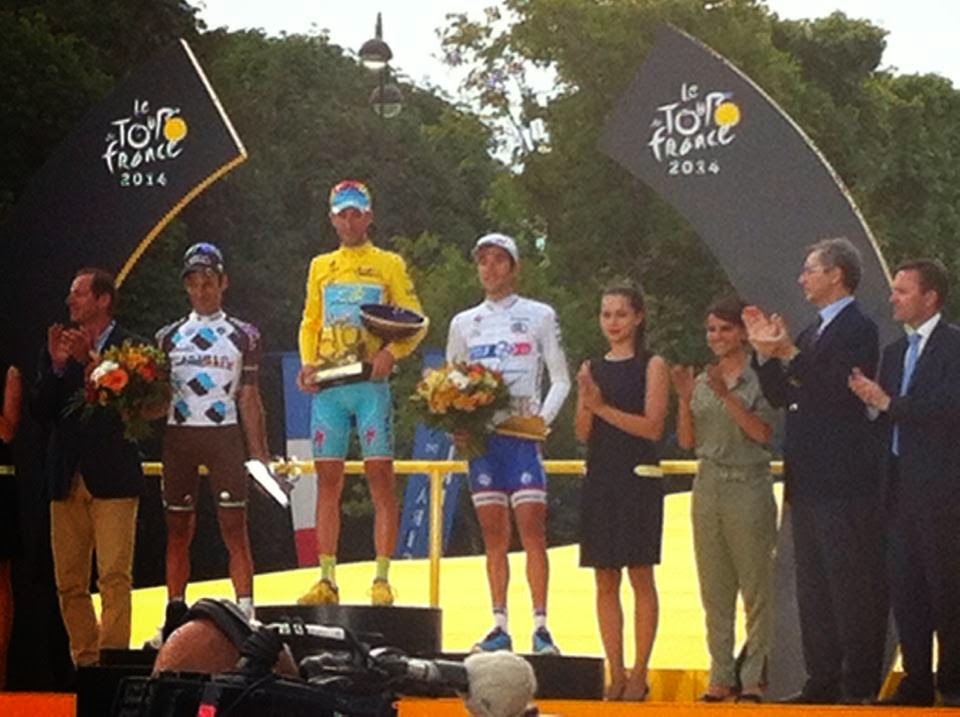 It's been an incredible last few months reporting on the build up to the biggest annual sporting event in the world coming to Yorkshire. Now I've experienced what it's like to report on the Tour de France across the channel - as well as covering Stages 1 and 2 in Leeds and Sheffield I went to the Pyrenees and Paris to watch and report on five stages.

What struck me was the passion for the race in France both in smaller communities that it ran through like Saint-Lary-Soulan to cities like Pau that hosted the start of Stage 18. The French may not all be committed fans of the sport of cycling, but they are proud to host the Tour de France - and I've never seen grown men so enthusiastic about collecting freebies than when the Caravane whizzes past with sweets and salami thrown into the crowds!

With my press pass giving me access behind the scenes, I spoke to some of the key players in the race before and after the stages. This included a feisty interview with Sir Dave Brailsford about disparaging comments from another (very different) knight of the realm, Sir Bradley Wiggins. This made it onto BBC 5 Live – once I'd found 3G signal to send it back to the UK! I also reported on the finish line in Paris, speaking to the race director Christian Prudhomme for BBC Radio Sheffield and provided interviews for the BBC 5 Live Tour de France podcast with Team Sky's Geraint Thomas and the sprinting sensation Marcel Kittel.

I’ve blogged about reporting on the day the race came to Sheffield so here are my highlights of covering the Tour out in France...

As Christian Prudhomme told me, the good news is that the Grand Départ will be returning to the UK in the near future. That’s thanks to the enthusiasm shown for the race here in Yorkshire. My enduring memory of covering the Tour will be the huge crowds that turned out for the “grandest Grand Depart” (as Prudhomme likes to say!). I was so proud to be an honorary Sheffielder when the race came here. It seemed like everyone had ventured out to be on the route as the race passed by – from Bradfield to Oughtibridge, Pitsmoor to Wincobank – bringing huge amounts of enthusiasm, noise and colour. It was a truly special day when the city was united as one behind the most captivating sporting event.

Here are a couple of 6 second video recordings I made on the Vine mobile app. Click on the audio icon at the top left of the videos to turn the sound on.


The finish of Stage 18 at the Pyrenean mountain, Hautacam


The riders completing a lap of the Champs-Elysées in Paris just before the end of the Tour
Posted by Mark Ansell at Sunday, August 10, 2014 No comments: 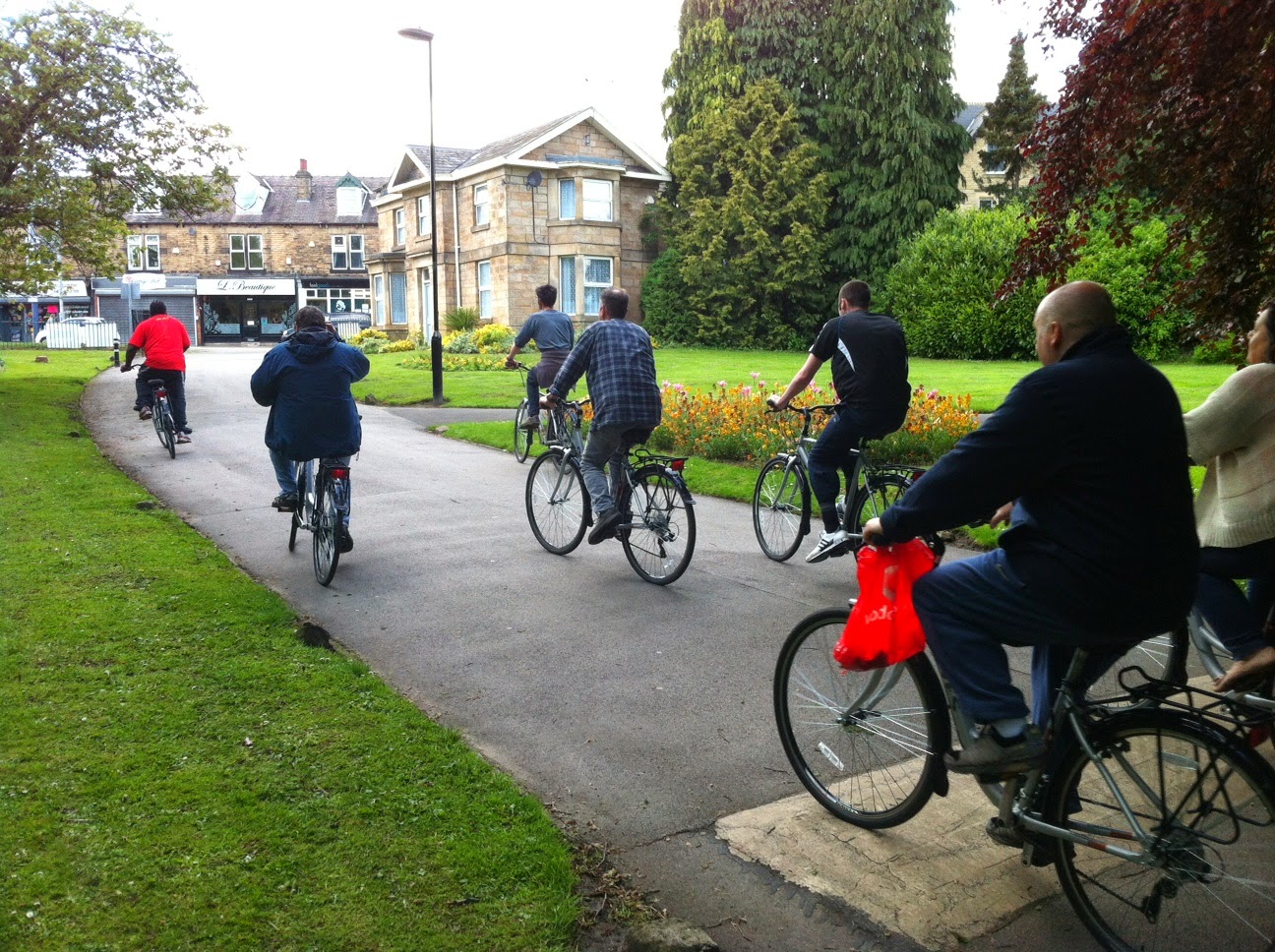 I've recently been covering a really interesting story on how riding a bike can improve your health.

People who have been sectioned under the mental health act are using cycling to help improve their symptoms.

The Bike Club is made up of patients at the Northern General secure unit and staff who work with them.

They meet at Hillsborough Park for a joint bike ride every week, all year round. I've been along to a session.